The new HP TouchSmart dx9000 Business PC and TouchSmart IQ500 Series all-in-one desktop computer bring a new level of interaction to desktop computing that caters to multiple environments. The ability to mount the HP TouchSmart with a variety of alternate mounting systems, such as wall mounts, kiosk stands, and zero footprint articulating arms, allows for this innovative computer to be strategically placed to attract customer usage, and to also correctly position the touch-enabled interface for a more inviting and comfortable interaction experience for the user.

Creative individuals have posted homemade methods for attaching the HP TouchSmart to VESA compliant mounting systems, just like any standard LCD monitor display would be mounted. Unfortunately, these methods do not correctly attach to the back of the HP TouchSmart to properly hold its weight. Also, the modifications made to the computer ultimately void its warranty by HP.

The HP TouchSmart dx9000 and IQ500 needed to have the ability to be mounted in order for the full potential of their touch-enabled technology to be realized. The VESA mount adapter bracket would need to be designed in a way that it would not require any modifications to be made to the HP TouchSmart for warranty purposes, and also correctly support the weight of the computer. iVERSAL has developed this solution. The VMAHP-22 VESA Mount Adapter from iVERSAL will correctly integrate to both the HP commercial TouchSmart dx9000 Business PC and consumer IQ500 Series desktop; providing the correct VESA mount interface for these computers to be used with VESA compliant mounting systems having the 100mm x 100mm mount hole pattern, and also providing the correct weight capacity for the computer.

For individuals who may not be familiar with the term “VESA” or “VESA Compliant”, VESA stands for “Video Electronics Standards Association”. VESA is an international non-profit corporation, which represents corporate members worldwide. VESA promotes and develops relevant, open standards for display manufacturers and the display mounting industry.

VESA standards provide specific guidelines for the mount hole pattern, placement, hardware, and guidelines to mount display monitors. VESA also sets the standards for the pad or mounting apparatus to be utilized by equipment manufacturers based on the size of the screen and monitor’s weight. 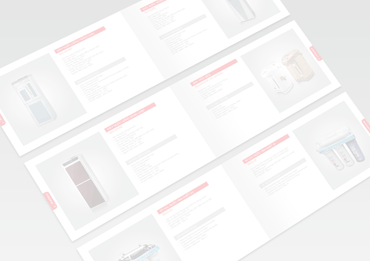